What is the Skin Cancer Unit?

Our Skin Cancer Unit is a multidisciplinary unit in which we join efforts with Dr. Garcés, a dermatologist specialist of international renown in the treatment of skin cancer using Mohs surgery techniques. Dr. Paloma and his team, specialists in Plastic Surgery, contribute their knowledge in reconstructive surgery for skin defects and the Radiotherapy and Oncology department of the Teknon Medical Center (IOT) offers all its complementary support therapies.
I want an appointment. 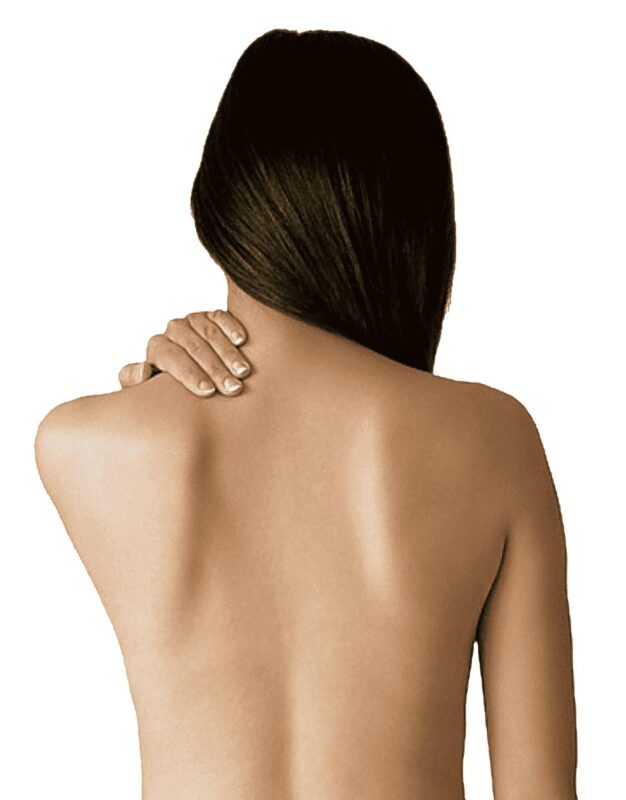 What is skin cancer?

Skin cancer is a disease caused by the development of cancer cells in any of the layers of the skin.

Two types can be distinguished: the non-melanoma type and the melanoma.

Nonmelanoma skin cancer is the most common and is called nonmelanoma because it forms from other skin cells other than those that accumulate pigment (melanocytes). Within this type are all skin cancers except malignant melanoma, which is less frequent and more malignant and is explained later.

Skin cancer occurs more frequently in people with fair skin and who have been exposed to sunlight for a long time, especially when sun exposure took place during childhood and numerous sunburns occurred. Although it can appear anywhere on the skin, it is more often present on the face, neck, hands and arms.

This skin cancer is one of the most frequent of all types of cancer, and it is estimated that two million new cases are diagnosed annually in the world.

In recent years, the incidence of malignant melanoma has increased dramatically, multiplying by 3.3 in men and by 2.5 in women. Despite this, it represents less than 3% of all tumors and early diagnosis campaigns have allowed mortality to decrease by 30% since the 1970s.

Skin cancer can be recognized by a change in the appearance of the skin, such as a wound that does not heal or a small bump. A red, rough, or scaly spot may also appear with a tendency to grow.

For any change or abnormality of the skin, you should go to the doctor. The doctor can extract a sample and analyze it (biopsy) to see if it is a malignant tumor or not.

The cause of this type of cancer is not entirely known. Yes, certain factors that influence its appearance have been studied.

Excessive exposure to the sun influences the production of these cancers. People who work abroad, such as farmers and sailors, have a higher incidence. They usually occur on exposed skin, frequently on the head and neck.

Although sunlight helps synthesize vitamins A and D, excessive exposure, whether or not it causes burns, increases the risk of developing skin cancer, including malignant melanoma.

There is a correlation between the risk of melanoma and latitude. It also influences the period of time for which a person has lived in countries of Ecuadorian latitudes, which means excessive exposure to the sun maintained over a period of life.

Not only is prolonged exposure influencing, but intense, occasional exposure to the sun, during a vacation, for example, constitutes a risk factor for both basal cell carcinoma and melanoma.

Melanomas differ from malignant non-melanoma skin tumors with respect to sex, age, and body location. Most cutaneous malignant melanomas do not occur in areas receiving the highest cumulative ultraviolet dose.

Although the most dangerous scheme of sun exposure is not known exactly, some studies support the hypothesis that intense and intermittent exposure to normally protected ultraviolet radiation from the skin is responsible for the formation of melanoma.

Age also seems to play a role, and sunburns before age 15 double the risk of melanoma.

Melanoma is very rare in the black or eastern population, being predominant, when it occurs, in poorly pigmented areas such as palms and soles and its prognosis is worse.

The sensitivity of the skin to the sun and the difficulty of tanning, increases the risk of melanoma.

The skin reaction to sunlight is related to factors such as skin pigmentation, the number of freckles in childhood or adulthood, and the number of nevi (mole-like formations that are benign melanocytic tumors), all constituting factors risks for cutaneous malignant melanoma.

The higher incidence of nevi in ​​white individuals leads to the idea that ultraviolet radiation plays an important role in the development of nevi. The existence of a greater number of nevi in ​​areas of the skin exposed to the sun than in protected areas has been verified, its increase being associated with a greater propensity to burn than to tan, the number of sunburn, the tendency to freckles and style. life related to increased sun exposure. A person with sun-sensitive skin, more than 150 melanocytic nevi and some dysplastic nevus (with a microscopic appearance similar to malignant melanoma cells), could be 50 times more at risk of melanoma than another person without these characteristics.

Xeroderma pigmentosum is an inherited disorder that occurs due to an alteration in DNA repair, it is also associated with the appearance of multiple cutaneous carcinomas.

A familial predisposition has been described in cutaneous malignant melanoma. The estimated risk of presenting it is 70% in patients with neurocutaneous melanosis and different types of xeroderma pigmentosum, 1% in children of patients with nonfamilial solitary melanoma and 6% in families with dysplastic nevus syndrome and a history of two or more. malignant melanomas.

Those people who have been treated with medicines that depress their immune systems are more likely to develop melanoma.

About half the number of melanoma cases occurs in people over the age of 50.

Exposure to carcinogens, trauma or scarring, chronic radiation injuries, and viral infections are some of the factors that predispose the appearance of skin cancer.

The doctor will base himself on the symptoms presented by the patient’s skin and the medical history.

When an abnormality is suspected, a biopsy will be performed. The biopsy examines the tissue under a microscope to examine the type of cells it presents.

Depending on where the skin alteration is and what type it is, this will perform one type of biopsy or another.

Scraping biopsy: the area of ​​skin to be biopsied is numbed with local anesthesia and the upper layers of the skin are scraped with a scalpel blade.

Fine-needle aspiration biopsy: A syringe with a fine needle is used to remove small particles from the tumor. It is not used to diagnose a suspicious mole, but it is used to biopsy lymph nodes close to melanoma.

When the cancer stage is suspected to be high, other tests will be done to diagnose the extension such as scanners, tests, or nuclear medicine tests …

Most squamous cell and basal cell carcinomas are cured by minor surgery. There are several types of surgery that will be used depending on the location and type of tumor.

Simple excision: The tumor and a portion of surrounding tissue are removed using a scalpel. Then the edges are sewn, maintaining the best possible aesthetics.

Cryosurgery: Liquid nitrogen is used to freeze and thus destroy malignant cells. It is currently indicated in actinic keratoses (precancerous lesions) and in some superficial carcinomas.

Mohs surgery: This surgical procedure used to treat nonmelanoma skin cancer (especially basal cell cancer of the face) consists of removing individual layers of cancerous tissue and examining them one by one under a microscope to assess whether it is completely removed, both in surface as well as depth. This technique saves the maximum of healthy tissue around. This surgery is used to treat tumors with aggressive behavior, located in certain critical areas and that have reappeared after other treatments.

Lymph node surgery: If the nodes near the cancer are affected, they will have to be removed by surgery. Today the sentinel node technique is used in many cases of melanoma.

There are various forms of administration and numerous treatments, the formulations of which advance rapidly as science progresses.

When used topically, the drugs reach the cells closest to the surface of the skin, so this method of use will be used only for premalignant or malignant superficial conditions of the “non-melanoma” type. This type of medicine reddens the area where it is applied, and makes it more sensitive to the sun, so it will have to be protected for a few weeks from the sun.

If the cancer is in an advanced stage, systemic chemotherapy will be used, that is, chemotherapy that reaches all parts of the body.

It somewhat improves the prognosis of melanoma operated patients, reducing the risk of metastasis appearance. It is an injectable treatment lasting about one year and with a certain number of adverse effects, so it is usually reserved for higher-risk melanoma cases, such as those that are deeper or with lymph node involvement.

It involves the use of high-energy rays, such as X-rays, to destroy or decrease the number of cancer cells. It is a local treatment. It develops over a few days, and the patient goes on an outpatient basis to the clinic or room where the radiotherapy is performed; it does not have to be entered for it.

The treatment itself lasts a few minutes. It is not painful but it is something like an x-ray only that the radiation is greater and is concentrated in the affected area.

Radiotherapy is used in this type of cancer in those patients who cannot undergo surgery due to their general condition, as indicated by the characteristics of the lesion, or as palliative or adjuvant treatment. In principle, very old people may have problems to undergo surgery. Thus, the second treatment of choice would be radiotherapy.

This treatment can cure those types of cancer that is in low stages. It can also delay the growth of those more advanced tumors.

There is currently a new sophisticated mechanism treatment for the treatment of “non-melanoma” skin cancer. It involves applying a topical product, in the form of a cream, that acts as a photosensitizer (aminolevulinic acid). This product is specifically captured by tumor cells in two to three hours. After this time, the patient is subjected to a special light, of a certain wavelength.
Acid sensitized tumor cells are destroyed when they light up for a few minutes. This procedure should be repeated approximately a month.
It is indicated for actinic keratoses, superficial basal cell carcinomas and Bowen’s disease (squamous carcinoma in situ).

Localized stages of melanoma have a high chance of being cured with surgery. The use of this for the disseminated will be used with palliative intention, that is, to reduce symptoms.

The primary lesion must be removed, including skin, subcutaneous cellular tissue, up to the muscular fascia. Since an excisional biopsy will have been previously performed to obtain the diagnosis, it must be cut